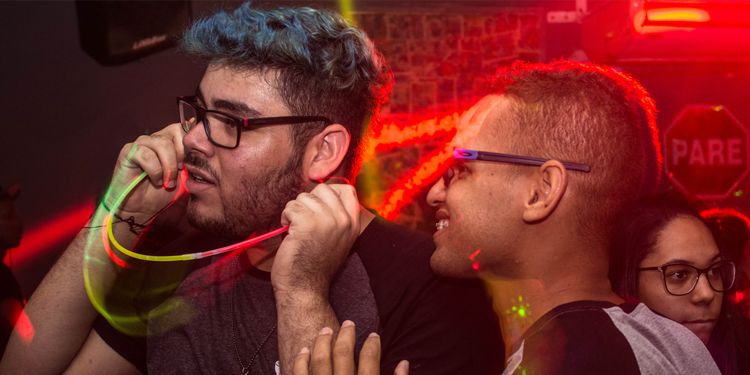 How Can iPhone Users Install Your Internal App Using iTunes?

First things first, if you are looking to build an internal app you will need to be on our Business Level plan. You will also need to enroll in the Apple Enterprise Developer program. If you haven’t done so already, you can follow the steps on how to enroll in the Apple Enterprise Developer program.
Note: The Apple Enterprise Developer program is strictly for internal-use apps only so keep that in mind before you enroll.
Also, before users can install your app, you’ll need to have the .IPA (the .IPA file is the app file for iOS users) file hosted somewhere so that users can download the file to their computers. This can be on your own website, or on a service such as DropBox or Google Drive. How and where you host the file is up to you.
How Users Install the .IPA File Onto Their iPhone
Next, we’ll go over how users install the .IPA file using iTunes on their computer.
Step 1: Have Them Download the .IPA File
Users will first need to download the .IPA file onto their computer from where you’re hosting it.
Step 2: Have Them Open iTunes
Once the file has been downloaded onto their computer or laptop, they will next need to open iTunes. If they don’t already have iTunes installed on their computer or laptop, they can download it here:
https://www.apple.com/itunes/download/
Step 3: Have Them Plug-in the Phone They Want to Install the App Onto
Next the user will need to plug their phone into the computer using the USB to Lightning cable that came with their phones. This will allow the computer (or laptop) to sync their phone with iTunes.
Step 4: Have Them Drag and Drop the .IPA File Onto Their iPhone’s Listing In iTunes
Now that they have plugged in their phone it should appear in iTunes in the side menu of the “Library” tab.

Have them locate the .IPA file on their computer, then click and drag it onto their device’s information in iTunes. 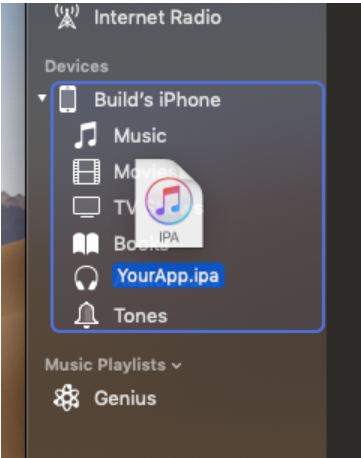 This will install the file onto their iPhone, and if they unlock their phone’s home screen, they should see it installing. 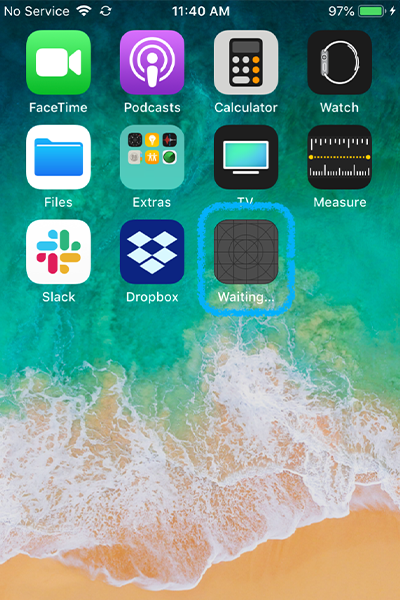 Once it has installed, have them eject their phone from iTunes by clicking on the eject symbol next to their phone’s device information. 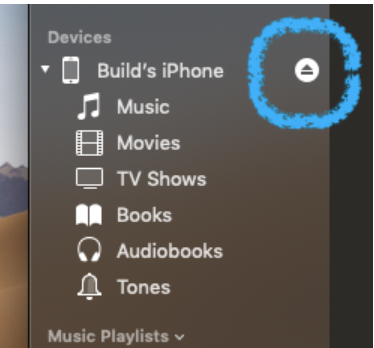 One thing we should note is even though 95% of the content of the app can be updated without a resubmission, if you make changes to the app that would typically require a resubmission such as changes to the app’s icon and loading screens, or if a new build of your app needs to be made, once the new .IPA file is created users will need to uninstall your app from their phones, and reinstall the new version following the steps above, including manually trusting the app on their iPhone, so keep that in mind.

How to Publish Your App

How Can iPhone Users Install Your Internal App Using iTunes?

How to Manually Trust an IOS Enterprise App